My Room (Version to Marvin's room)

I was bored so I made a mini version to Marvin's Room, it's stupid, but hey I was bored. ENJOY: It’s hard for me to say this, But I really do miss you, I just wanna feel your sexy kiss, All over my Jimmy Choos It’s time for me to move on, And I know it won’t be easy I hope I won’t go psycho Someone come kill me Fuck that new guy that you’re addicted to He ain’t better than me, I am the best for you I said fuck that new guy that now has your heart, I am now accustomed to us being apart, I'm just saying with me you had better, Everyone said we looked good together, I'm just saying we were better, Why can't you realise it too? THE END
Posted by Damilola Adejonwo at 5:55 AM No comments:

Rihanna released her 6th album on November 21st on iTunes & worldwide. It was a big release and a lot of people were excited especially the #RihannaNavy. I have lots of comments about this album and I will tell you that the album is WONDERFUL, it's probably one of Rihanna's best releases ever. I will say though that Rihanna released this album VERY VERY quickly, but for a album that took probably 2 months to make, it's DASHING!! :) Talk That Talk has a lot of R&B, pop, electro etc and she did some collaborations like with Calvin Harris, Jay-Z. 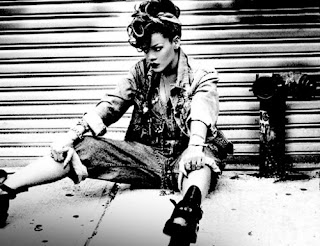 1. You Da One
The song is a nice up-tempo song. I like it personally, it's one of those songs that you first listen to and go, "ugghh I don't like it", but it's addictive. It has that hook that runs through your mind. It also has some Carribean flavour and I love it!! It has potential of being her next hit.

2.Where Have You Been
I was a bit disappointed with this song, I won't lie. I don't really like it as much as I thought I would. It's okay. I kinda like it. But I think it is one of those songs that you listen to and you are gonna get bored after a while. But it's just okay, nothing special, nothing terrible. It's just okay.

3. We Found Love
We Found Love was #1 in lots of countries, the song is truly what defines this whole album. It's a wonderful track, one of her BEST songs she has ever sang. It is also something new to her genre. If we go back to songs like "What's My Name", "Only Girl", it is a new type of music for Rihanna and she nailed it with We Found Love. 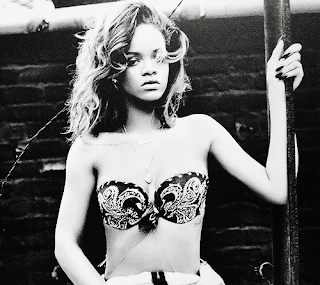 4.Talk That Talk
There is a reason why Rihanna named her album after this song, it's the BEST song on the album in my opinion. When you hear the chorus, it makes you dance. It's energizes you, Jay-Z had a good rap verse also. A great track. I hope she releases it as a single, she has to.

5. Cockiness
I love this song, however I feel it isn't really age appropriate. I mean, no mother would want her 3 year old singing "I LOVE IT WHEN YOU EAT IT". however, I like this song. It has a great hook to it, it's definitely a song Rihanna would sing.

6. Birthday Cake
I absolutely love this song, but I don't get why it would be just a minute. Was it incomplete? What was the intention Rihanna had making it a minute? I'm a little bit confused, but I love it while it lasts. I really hope she makes a complete version, because I think it has potential of being the track IF it was like over 2 minutes.

7.We All Want Love
Ummm...this song is a nice ballad but there is something I don't really like about it. It's an okay track. Rihanna doesn't have many ballads in this album, I would want this to be like a Fading type of ballad. But whatev...I think I like it. 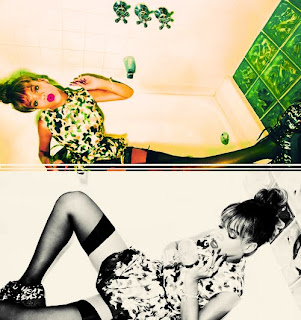 8. Drunk On Love
I LOVE THIS SONG! it's awesome and it is one of those songs you see people on youtube making a cover for. It showcases the vocals Rihanna has. The background beats is made beautifully. It sounds beautiful and the lyrics depicts a situation many people can relate to.

9. Roc Me Out
I LOVE THIS!! I feel like this song is like Rude Boy from Rated R. It is so sexual, so hot, it can pleasure somebody. I love this song, it's one of the best songs on her album in my opinion.

10. Watch N Learn
Another song that I love in this album. It's wonderful. It has a little bit of a Carribean feel to me, and the lyrics are so sexual which I like.

11. Farewell
It's a great song. I love the lyrics of the song and the most best part of this song is the chorus. I feel like this song puts you on a journey to somewhere exotic. When I hear this song, I think of two people kissing in the water of a beach and they are underwater with fishes and dolphins. It's so romantic. A song that plays when two lovers are about to separate.

Overall, the album is GREAT! I think it is EPIC and one of the best albums released by Rihanna. It's going to be a great success. A hand clap for her.
PATRICK FENTY
Posted by Damilola Adejonwo at 5:33 PM 2 comments:

These past few days, I have had a terrible addiction to eating food! Something is going on. It's not like I am depressed or anything, or I am upset, but I just want to eat. Today, I went out to eat with my best friend & I ate three plates. We ate at Cici's pizza and it was DELICIOUS =D I had fun. I love the cinammon rolls, the soft breads, the pasta, YUMMY. Then I went to the gas station and bought more food and drinks. Then I went to target and bought a WHOLE BUNCH OF CANDY. Then I went home and ate some spaghetti which my father made. Then my mother came home & brought subway, I had the tuna kind ( I LOVE TUNA). Then I drank some sweet tea, by this time, I felt terribly sick, but I didnt care. I ate more & more & more, now I feel fat.
NOTE: I weigh 132 pounds, probably I gained like 50 pounds today if possible.

I just love food, & Iam going through this phase where I just want to eat!
Posted by Damilola Adejonwo at 8:40 PM No comments:

Welcome to my blog !

Hi guys! This is my first time blogging, well I have had experience blogging before, but I didn't like the way I did it. Now I am beginning new & making a brand new blog. Well my name is Patrick Adejonwo, my first name is actually Oluwadamilola Patrick Adejonwo but since many of you guys aren't able to pronounce that (unless you are from Nigeria or just a smartie pants), just call me Patrick. I am 17, as of now, I will be 18 next year... I am so excited to be 18!! :D I love celebrities, hollywood, and Beyonce is my favourite singer. I will be blogging mostly about celebs & random stuff (like my life) so get used to that.
FACTS ABOUT ME:
I was born in London, UK
I speak 3 languages - Yoruba, Spanish & English
I am 5'10 & weigh 134 pounds
I want to move to LA later on in life
And I will major in communications (public relations)
Okay, well that's it really for now. I guess I will blog much later ! See you :)))
Posted by Damilola Adejonwo at 5:25 PM No comments: